During this project semester, the Live Well team was tasked with finding ways for airlines to generate new revenue within the business class cabin. The team was asked to consider the following: increased productivity for the crew, connecting the journey for passengers and crew, and enhancing the overall flight experience.

As with all of our Boeing projects, teams consist of students taking the studio for course credit, co-ops and Live Well Fellows. At the start of the Research Phase, participants were split into groups, each given a different area of focus. The four areas of focus included finding design solutions from the perspective of the passenger, the Flight Attendant, the rest of the crew, and the plane itself.
‍
Shortly after the project kick-off, groups were able to visit Cincinnati/Northern Kentucky International Airport (CVG) to get a better look at the internal operations of the plane and flight experience as a whole. The teams were then given the opportunity to conduct interaction sessions with Flight Attendants. This time was focused on gathering information regarding the in-flight experience from their perspective, as well as identifying all of the stakeholders involved along the way. Ultimately, groups learned that communication was the universal pain point, no matter what stakeholders were involved. 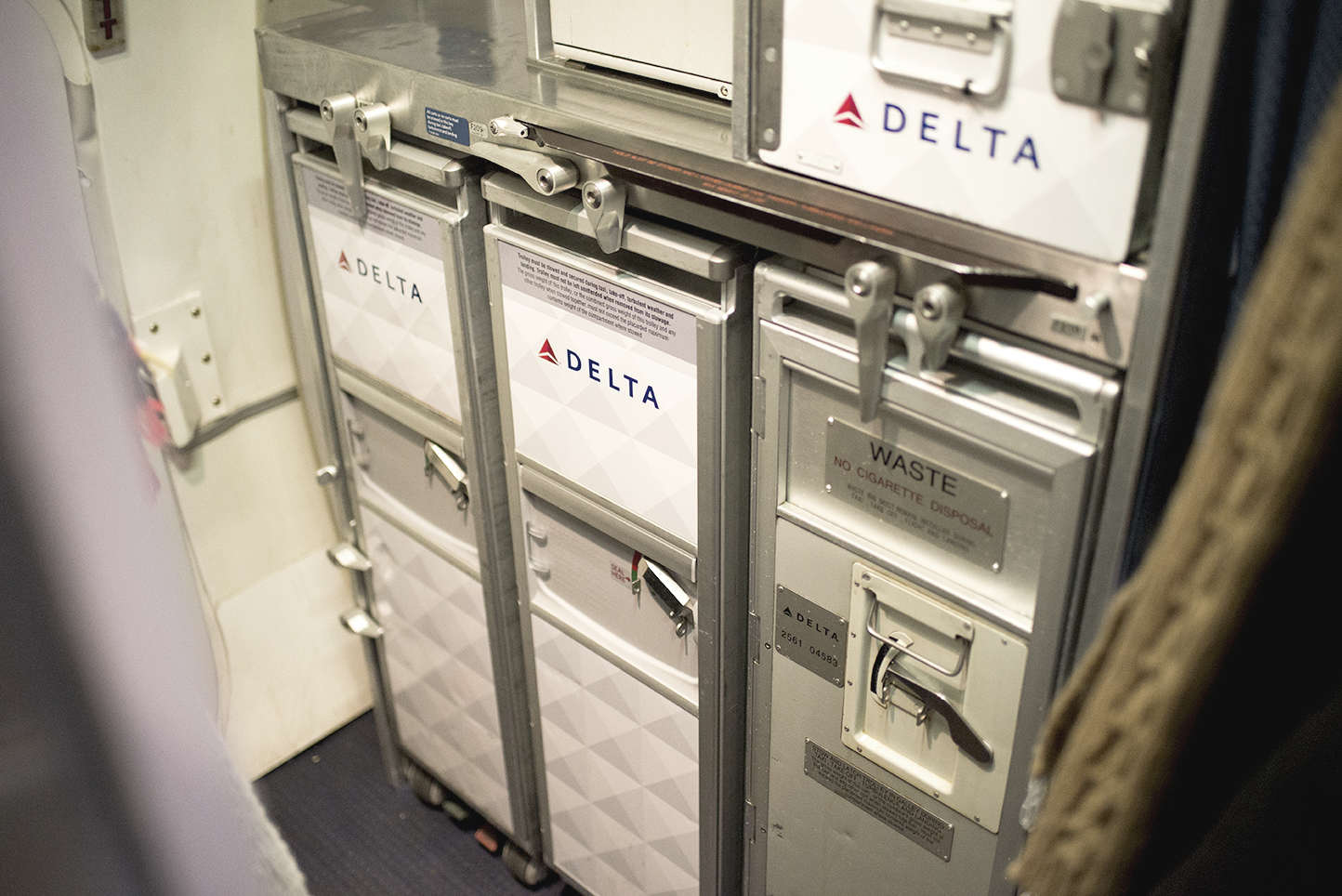 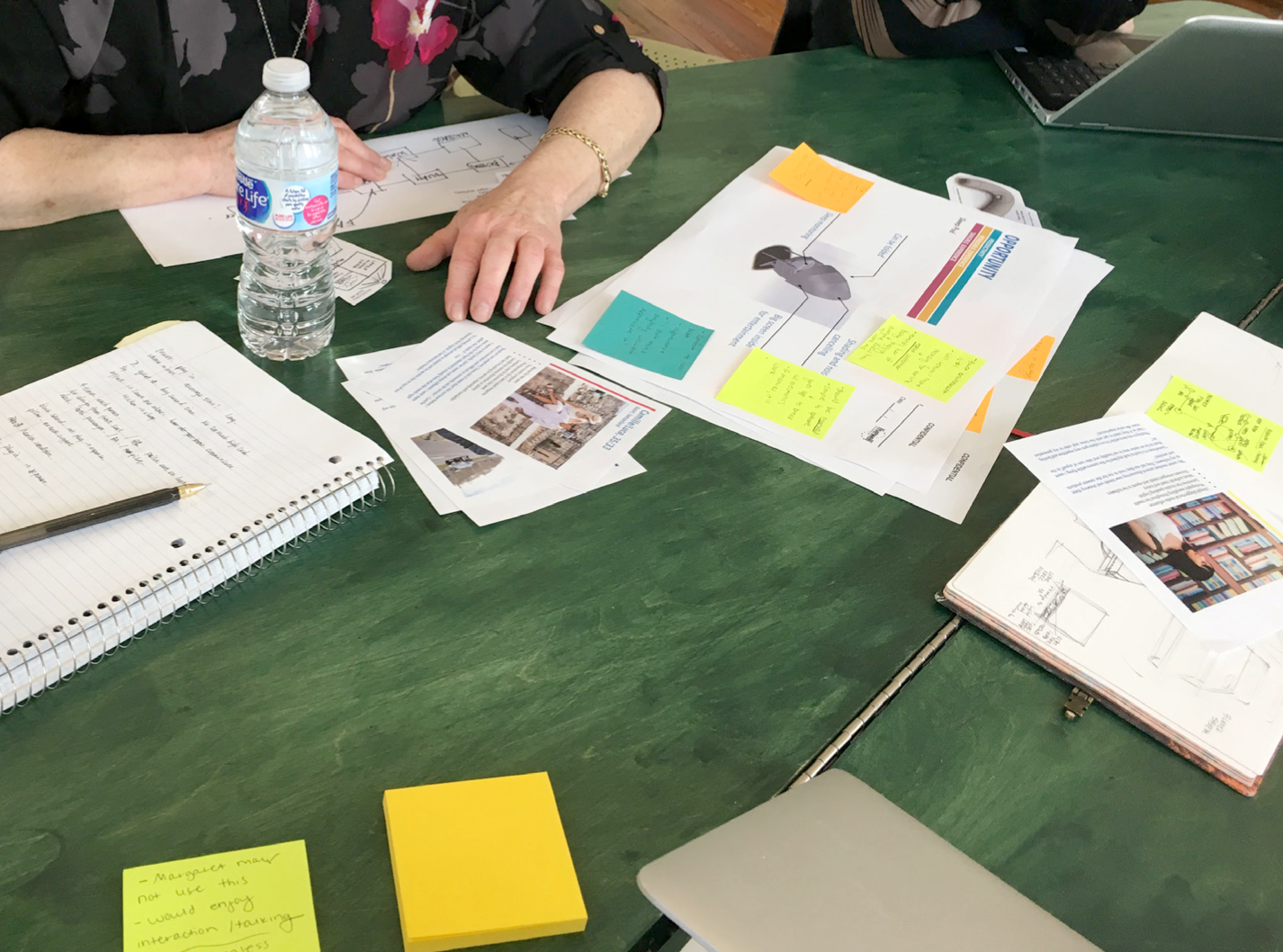 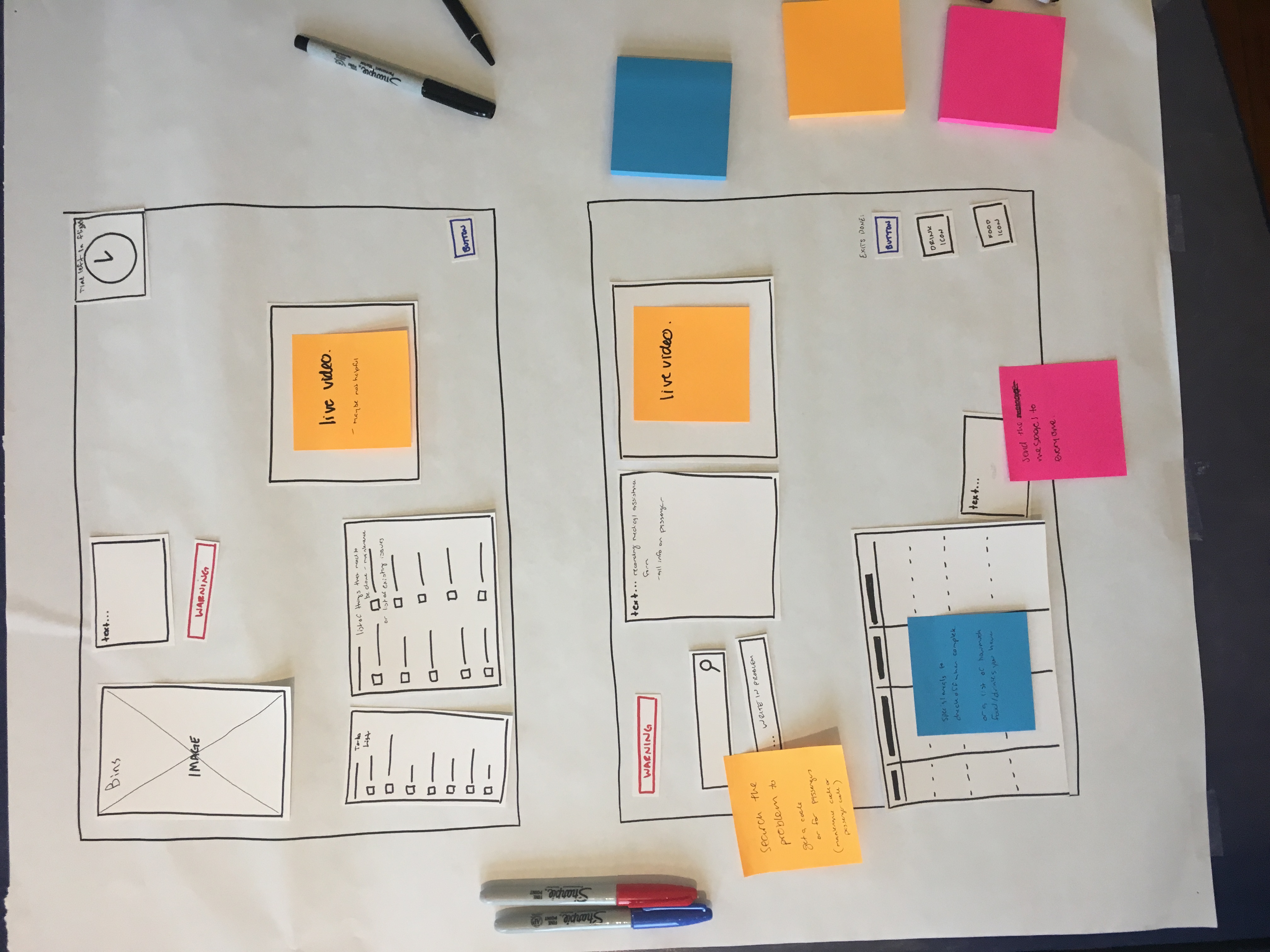 Food is the Gateway to the Sky

Using feedback from Flight Attendants, alongside the team’s new understanding of the in-flight journey and responsibilities of all stakeholders, the groups were able to talk to frequent business class fliers. These conversations helped groups to identify the missing pieces in the journey from the perspective of these passengers. An area that seemed to be stuck in the past in regard to flying was access to food in-flight. Options were limited, which seemingly competed with the airports that are packed with restaurants and stores. One of the groups saw this as a unique area of opportunity and decided to go back to CVG and talk to the meal prep teams at the airport. There they gained insight into how ordering food could be streamlined. Early prototypes were made and then tested with Flight Attendants in preparation for the Ideation Report Out. 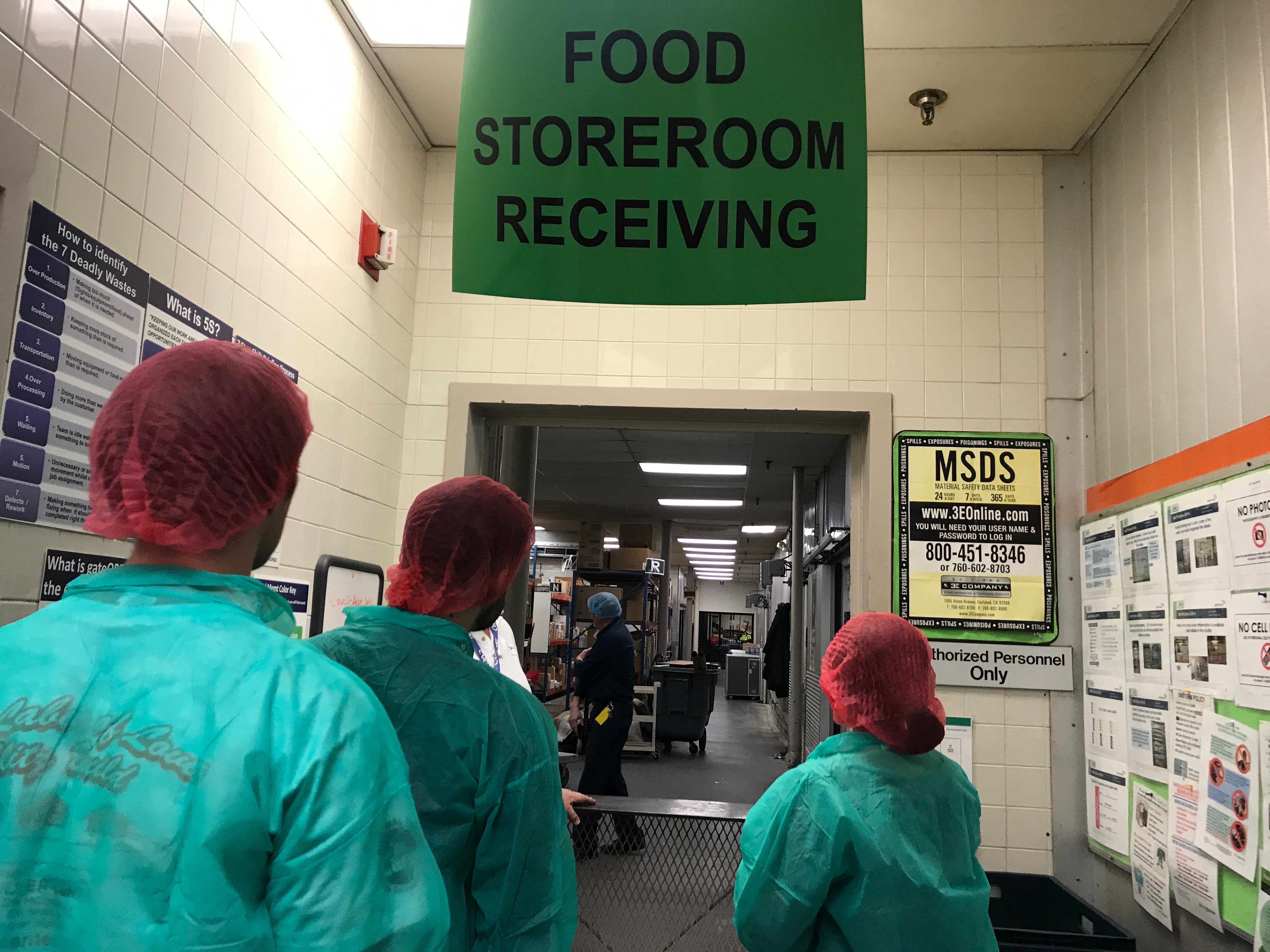 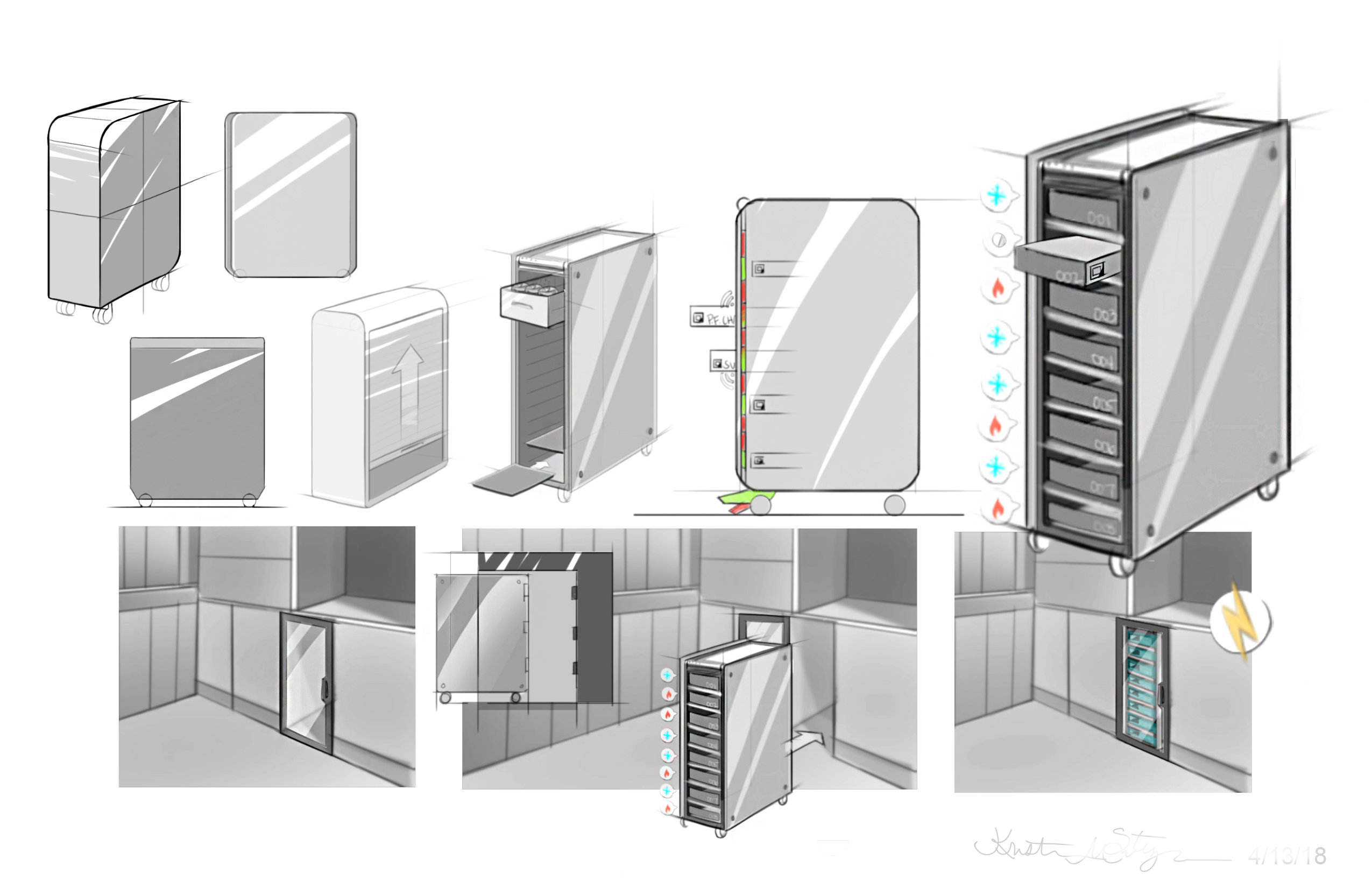 The final output for the Sky Ecosystem includes SkySelect, SkyBox and Sky Kitchen. SkySelect is a mobile food-ordering platform that allows business class passengers to choose and customize their in-flight meals from a variety of restaurants offered within the airport. SkyBox is the product passengers would receive their food in. The specialized packaging is designed to preserve the meals from restaurant to passenger and streamlines the food preparation process. Lastly, SkyKitchen takes the existing carts and refits them to incorporate advanced heating and cooling technology on the inside allowing meals to be automatically prepared. The SkyBoxes are kept in the SkyKitchen carts until the passenger is ready to be served. Below is a diagram of the life cycle of this ecosystem. 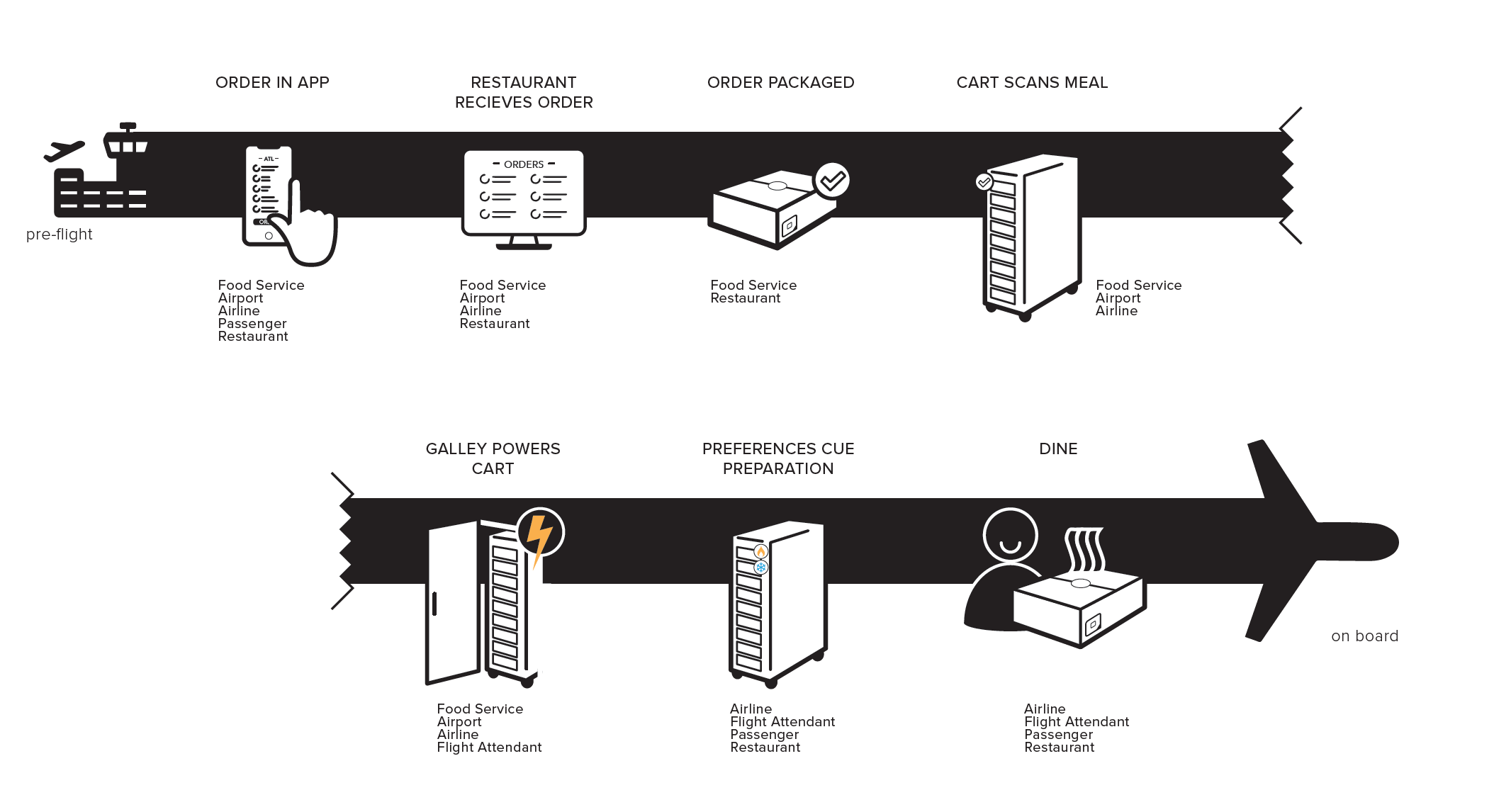 Experience our design thinking process by becoming a partner, accepting a cooperative learning position, or participating in one of our user-centered research sessions.

Are you looking for design solutions? Join the Live Well team as a partner to run studios that match your unique design needs.

As a Faculty Advisor or Co-op

Push ideas and methodologies learned in the classroom to new levels by working directly with stakeholders and partners, from the research phase to final outputs.

As a Research Fellow

Fellowship at the Live Well provides an unmatched opportunity to advance your career goals and design skillset through growth and leadership.